Autism is a complicated and highly individualized disability. Yet most government disabilities programs do not provide the necessary services and resources for adults with Autism. This documentary explores the limitations of Alberta’s Persons with Developmental Disabilities Program with a focus on unfunded adults on the spectrum and the political context surrounding them. 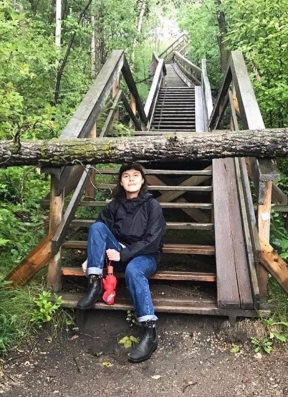 Meagan Miller is a recent graduate of Spanish and Latin American Studies at the University of Alberta. She is interested in story-listening and educating herself on issues relating to (dis)ability, race, and incarceration. Meagan can often be spotted with her headphones in, listening to podcasts like Code Switch or Ear Hustle.

This radio documentary covers the debate surrounding police carding in Edmonton. Carding or street checks is the police practice of asking individuals, who are often visible minorities, for their ID regardless if they are suspects in a crime or ongoing investigation. To delve more into the debate surrounding carding, Oumar Salifou spoke with Desmond Cole, a Toronto-based journalist and activist, and Inspector Warren Driechel from the Edmonton Police Services.

Oumar Salifou is an Edmonton-based reporter. He got his start in journalism at the University of Alberta working with CJSR 88.5 FM, and editing at The Gateway Student Journalism Society. He is now working as a summer intern at CBC Edmonton.